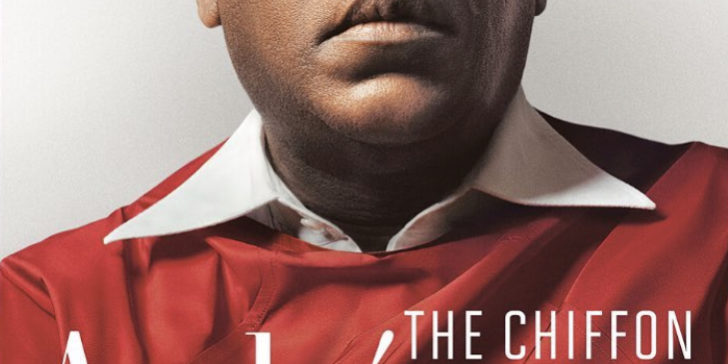 On October, 4th, 2019 I had the luxury of meeting The King of Fashion himself André Leon Talley. I had just returned from Calgary, Alberta where I attended my cousin Paula’s wedding.  7 hours before I flew to Calgary, I styled and hosted a FGI Boston Fashion Show during Boston Fashion Week at the W Hotel in Boston.  Upon my return to Boston, yes I was tired and jet lagged, but I received this invitation and just had to be there after all this is André!

When I met Andrè

When I walked into the hotel Graduate Providence Hotel that is!  I checked in for the event and there he was on my left. Sitting down and possibly talking to one of his many V.I.P’s on his phone under a marvelous self portrait.  A woman walked into the hotel lobby and quickly rushed to hand her dog to her companion so that she could introduce herself.  I’ve seen many things, but I’ve never seen a pet appear at a personal appearance before!  Once she left I worked up the courage to introduce myself, he was very kind and invited me to have a seat, being black and working in luxury fashion I thanked him for breaking down many barriers for us.  His presence was soothing, his words spilled out like poetry and for our photo he encouraged me to take a look and see if I approved of the images like a true fashion editor would.

During Andrés Q and A he revealed that he attended school at Hillside High School in 1966, and North Carolina Central University was where he graduated and received his B.A in French Literature in 1970.  He later revived a scholarship and attended Brown University here on the East Coast in Rhode Island, where he received a masters in art for French Literature in 1972 and wrote a thesis about Charles Pierre Baudelaire reference his most famous poem Les Fleurs Du Mal (The flowers of evil) during the decadent movement The Decadent movement was a late-19th-century artistic and literary movement, centered in Western Europe, that followed an aesthetic ideology of excess and artificiality.

Currently on his IG

Currently on his Instagram account André speaks of Betty Catroux and the story coincides with his personal appearance that I attended in October, “I introduced André to Yves and suddenly, André was the King of Paris!’

Press write ups and reviews of The Chiffon Trenches:

“As far as blackness is a concern, I want to address this: my blackness is paramount to me as a man. My blackness is always uppermost in my life. I always have had a sense of blackness. I think that when people try to write and analyze me, they perhaps think I’ve fallen short of being black, as a black man. I have not fallen short of being a black man. I’m aware of my blackness, I’m aware I’m a black individual who came from enslaved people from Africa, who was a descendant of great, great generations of talent and geniuses, and people of color who are great masters in fields of science, art, literature, politics. I think, as an individual, I have indeed given a lot. I have shown my blackness through my work, my individuality, my personality, and my quiet advocacy. I get a lot of criticism: “Well, you were the only person on the front row, you didn’t do anything to help others!” I did do things to help others, by example.” André Leon Talley WWD

This really stood out for me and I am in awe with his honesty. I also commend WWD for not deleting any of this pertinent information!

“You have to be 500 times smarter than the white person sitting next to you on the front row, because you are black and because of the fact that you are black, you have not had the opportunities. You have overcome all kinds of odds to get there. I had overcome the odds to get to the front row of the fashion world. I had overcome the odds of lack of opportunities. I had a scholarship, I spoke impeccable French, I could articulate, I knew who Marcel Proust was and had read Marcel Proust, I had read Gustave Flaubert. I had done my homework.” WWD

“When Talley is accused of stealing sketches from Yves Saint Laurent and giving them to Givenchy, he writes, “A black man is always getting accused of doing something egregious.”  New York Times Rebecca Carroll

“The Chiffon Trenches” uses a battle reference to suggest that fashion is an exhausting fight. It’s cultural and social warfare, and few people emerge from it unscathed. But it also calls to mind the old notion of who you’d want to have on your side when things become particularly treacherous.” The Washington Post Robin Givhan

Where to purchase this delicious book?

Where to be this Friday? On Marc Jacobs Instagram account for a live BOOKMARC presentation: Open book with André Leon Talley and Princess Gloria Von Thurn Und Taxis