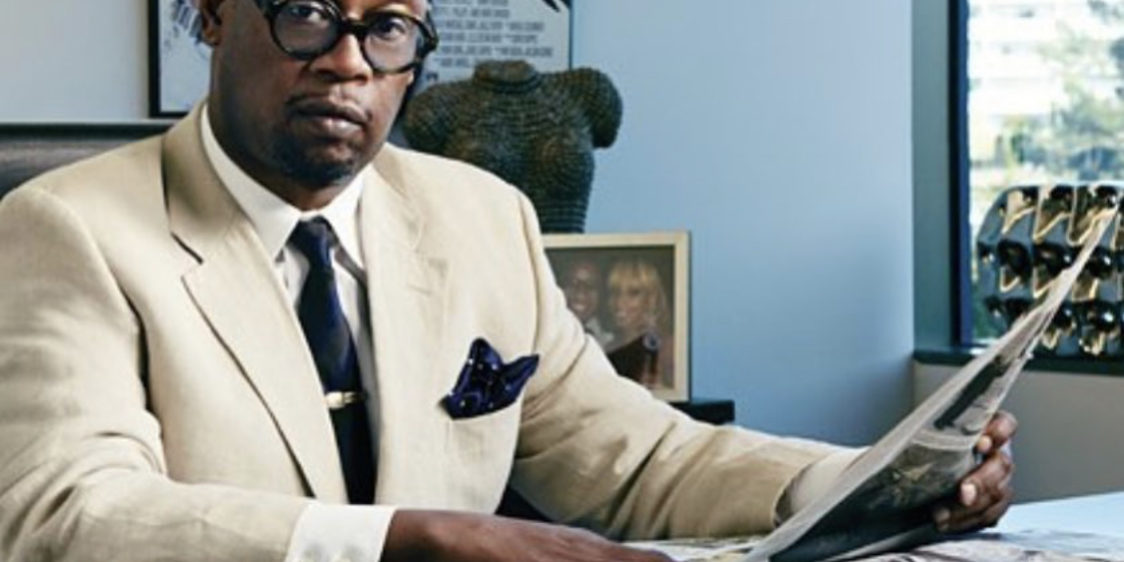 Music Executive of Uptown Records and Vice Co Chair of Revolt Records Andre Harrell passed away at the age of 59 and left behind a strong legacy of artists, fashion icons and lifestyle connoisseurs.

“Andre Harrell, who started Uptown Records in the late 1980s, was instrumental in the arena of Hip Hop and R & B with early acts such as Heavy D, GUY, Al B. Sure, Father MC, Mary J. Blige, Christopher Williams, and many other luminary artists during that time. He is also the person who put his faith in a young budding executive named Sean Combs who has blossomed into one of the most important figures in Hip Hop and R & B.” Black Enterprises

Thanks to Andre I, like many of my expert colleagues in the music and fashion industry have a lot to thank him for! I personally have not met him! You see, his presence was so strong that you did not have to meet him to be influenced by him! I first wrote about the impact of the hip hop culture and the way that our market influenced the sports, fashions, food and beverage markets when I was a student many years ago in Vaughan Secondary School.

It took me awhile to think of the right tribute to post. So today I reflect on what I presented In the past for a high school essay, but in present form visually to you with YouTube videos. I want you to see the fashion that skyrocketed sales in the sports, luxury fashion, champagne and lifestyle industries. I want you to see that this very hip hop culture was and still is the present day blueprint in the luxury world, athleisure brands were birthed from hip hop! This is not up for debate I work in the world of luxury and I was personally trained by many houses so this fashion insider knows what I knew then and I finally have my platform that I OWN to share it! Thank you for also teaching ownership!

Andre Harrell coined the term Ghetto Fabulous at the time there was nothing flyer than seeing Mary J. Blige being herself and not polishing her look to appeal to anyone’s standard! Uptown Records birthed the Hip Hop Soul category and created not one but two sounds that are forever on the party playlist New Jack Swing and Hip Hop Soul.

“ The label broke artists like Guy (featuring Teddy Riley), Al B. Sure, Jodeci, Heavy D and the Boyz, Father MC. and Mary J. Blige was also signed she was in her teens.” Spin

Mary J. Blige introduced us to a new way of wearing our clothes! Her interpretation of wearing menswear had us all flocking to the stores, in my case I wanted to be fly like her and fly enough to keep up with my older brother and his crew in fashion! Baseball Jersey‘s were styled with a baseball hat to the back, worn with biker shorts, a new hair style, combat boots, Timberlands , Hockey Jerseys , NFL Jerseys or Too Black Guys Jersey. Thanks to the fashion influence of both African American men and women in the music industry sports and luxury sales sky rocketed. Their sensibility of cool translated to fans and it taught them what and how to wear and style sportswear in a fashionable way!

“In 1992, MCA made a $50 million multimedia deal with Uptown, giving Harrell the opportunity to produce films, TV shows and movie soundtracks. As a result, the mogul produced the 1991 comedy Strictly Business, starring an up-and-coming Halle Berry and Tommy Davidson. Harrell also executive produced the TV series New York Undercover, which ran during the 1990s.” NPR

Jeff Redd You Called and Told Me

Horace Brown One For The Money

Jodeci’s style was unlike any other male R&B group out their! Their style was distinct, daring and street, they wore; combat boots, oversized denim, oversized shirts and pants with their hats to the back, piercings, tattoo’s and a gold chain!

Prior to his untimely death Andre was looking forward to and actively involved in the casting of the new Uptown Records documentary-series.

“I am thrilled to partner with BET Networks and Jesse Collins Entertainment to share my story, the rise of Uptown Records and successful black entrepreneurship, and the management and cultivation of some of the most iconic artists to come out of the late ’80s and ’90s hip-hop, R&B and soul music era,” Harrell said in a statement to Vibe Magazine.

May he Rest In Peace

For your listening pleasure I created a Luxshop4u playlist of my favorite songs from Uptown Records on Itunes.