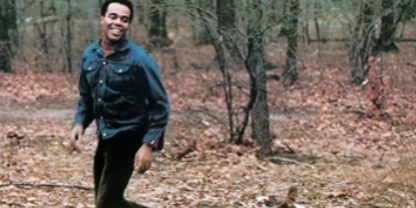 Danny Woods music career spans over 50 years he is one of the founding members of the legendary music group Chairmen of the Board.  Chairmen of the Board has sold over a million of copies with their chart topping hits “Give me just a little more time” the song was sampled by Kylie Minogue.  Chairmen of the Boards song “Patches” was later re-made by Clarence Carter and it received a Grammy Award.  The group shared the stage with many music legends and  was inducted into the North Carolina Music Hall of Fame in 1999.

*Questions for this Q and A was written by Natalie the interview was conducted by Natalie and her husband one of Danny Woods son’s.

Natalie: Congratulations on your successful music career. What is your key to longevity?

Natalie: Your fans do an amazing job of posting your music dating all the way back from the 1960’s! How many records did you release and how many music groups were you in?

Danny Woods: They asked me to be in the Spinners, but I turned it down because I was making money on my own. I would say that I am on about 50 records.

Natalie: How old were you when you signed your first record deal?

Natalie: Maintaining a healthy voice is a full time job. What’s your best practice to exercising and keeping your 6 octave vocal range healthy?

Danny Woods: The more you sing the better you can sing.

Natalie: What was the feeling that you pulled to hit that high register during the song “Danny Boy?”

Natalie: What was it like being in a premier group for Holland Dozier Holland?

Danny Woods: It was tough, I did not get paid.

Natalie: How did you celebrate being number 3 on the Billboard Charts and selling over 1 Million copies for “Give me just a little more time?”

Danny Woods: I did not celebrate because I did not have any money.  I was on the Johnny Carson show and Soul Train several times.

Natalie: What emotion did you experience when the R.I.A.A presented Chairmen of The Board with a certified gold record?

Danny Woods: Well, London was an exciting time for me at ABC’s 50th anniversary everyone in the industry was on that show, Rock N Roll Super stars!

A special thank you to Mr. Danny Woods for affording us the opportunity to interview him for this Q and A.

Download music by General Johnson and the Chairmen of the Board on iTunes.