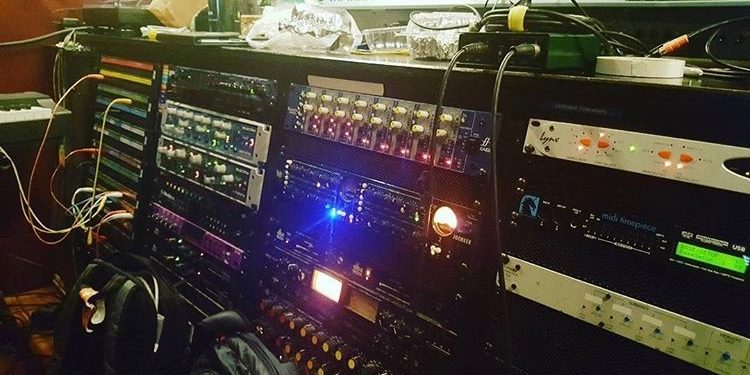 Two music enthusiasts talk about their love for music while Natalie from Luxshop4u plays her favorite songs from her iTunes selection.  In the past Natalie’s love for music has afforded her the opportunity to suggest her favorite 1970s songs to a Grammy nominated artist for his show.  Producer Extraordinaire Jorgie Milliano worked with several chart topping latin artist.

Billy Paul’s song Let the Dollar Circulate is playing in the background the horn and drum section sparks curiosity.

Natalie: Que Pasa mi amigo?  What is this sound that I am hearing?  This drum pattern is bananas!  Diga me, Analog vs Digital?

Jorge: Analog, the benefit of using analog is the pure sound that you hear.  There are several takes in today’s market, Music Executives want music produced rapido.  The negative side to this is that digital is pre recorded and the drum kits sound the same.  I would not recommend it.

Natalie: Ok, listen to this Foundation Roots by Patrick Kelly!  What is this echo that I am hearing?  I have heard it on many of my dads foundation 45 albums. *Foundation is a term that we use for classic older reggae music.

Jorge: It’s called dub platting analog delay.  Dub delays do not necessarily need to be on the keys or instrument, it can also be on the vocals.

We are currently listening to Funky Kingston by Toots & The Maytals

Natalie: Tell me about this guitar technique!

Jorge: The technique is Called guitar skin it is prevalent in ska music.

Natalie: Danny Woods formerly of The Chairmen of The Board and The Showmen is a Cammy awards recipient.  During his time performing over 40 years with the Chairmen of the Board they enjoyed success on the Billboard Music charts and they were also inducted to the North Carolina Music Hall of Fame.  Give me just a little more time was sampled by Kylie Minogue. On his solo album Aries the song Two can be Lonely is one of my favorite songs by him. How can we turn this into a club banger?  My husband is from Detroit and we listened to a lot of Jit music.  There is a song that samples Godzilla with the Detroit Techno I think that the beginning of the Godzilla rhythem the songs horn section would sound amazing on Two can be lonely if it is looped the right way!  What do you think?

Jorge: Nat, thats awesome!  EDM’s can be created its called sampling!  How do you even know this terminology?

Natalie: I just know what I like and it makes sense to me.

Natalie: Man I am obsessed with the flutes I think Chuckie Booker was on the flutes!

Jorge: You are listening to Pan flutes! Flutes can also be simulated on a keyboard.  Nat, this is great we need to do this again!

Natalie: Let’s reconvene but this time we will focus on your music!

Danny Woods Aries Album Two Can be Lonely As One